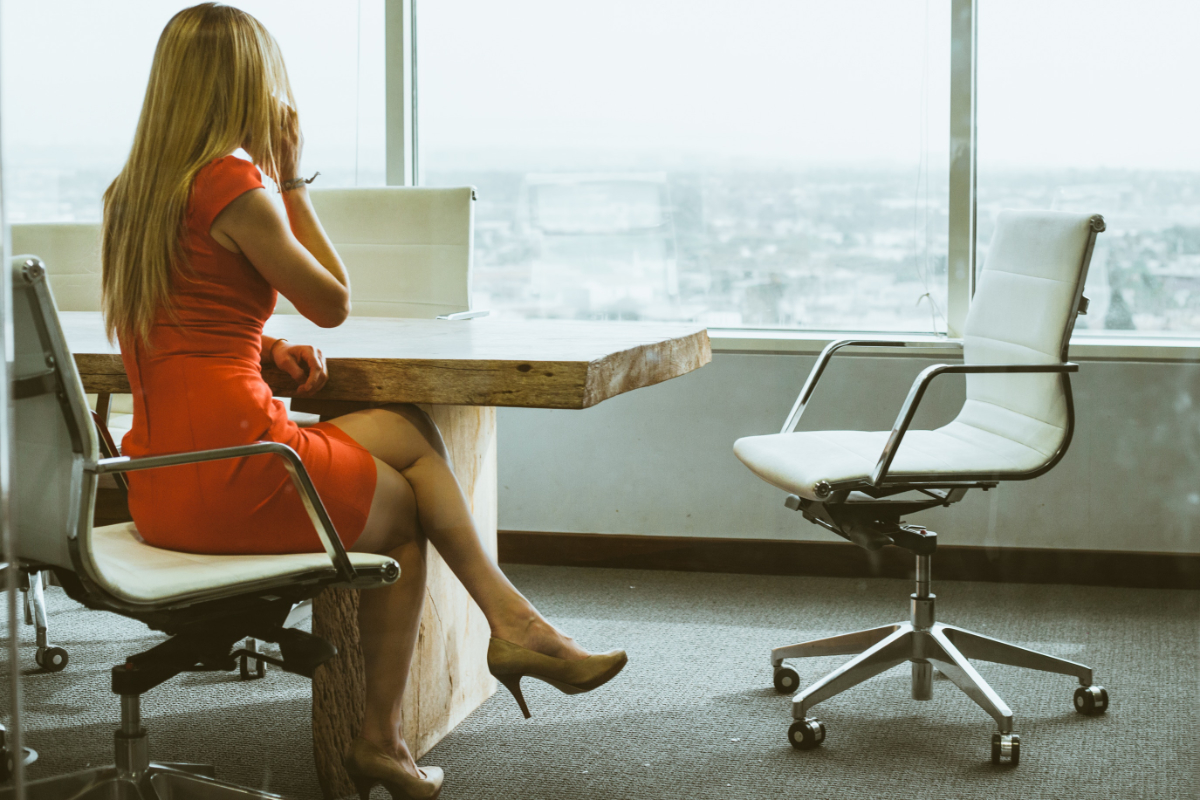 Developing your capacity for empathy is not only a desirable personal attribute – empathy in leadership, particularly vis-a-vis your business, is also a crucial component of your ongoing professional success.

To illustrate what empathy looks like in the workplace, let me start out by sharing a vignette about my worst professional day…

It all starts out with a vintage little ‘Mad Men’ style dress that I was quite fond of wearing to work. One evening, as I was taking off my dress, the zipper jammed and broke.

Since I don’t believe in ‘fast fashion’ and I prefer to repair instead of replace whenever possible, I took my dress to the local dry cleaner / tailor and asked them to replace the zipper.

Fast forward about two weeks, and I am about to pop on an airplane to go visit a client for a day. I decided I wanted to wear my vintage dress on the trip, so I called the tailor to make sure it was available for pickup, and then I packed lightly, with just enough room for the dress to fit in my carry-on luggage, planning to stop and pick up my dress on the way to the airport.

When I arrived at the tailor, I picked up my dress, only to discover that the zipper was… *gulp* … still the plastic one! I asked the same woman at the counter what the heck was going on, and she said, “Oh, we got the plastic one to work again!”

Fantastic, that’s not what I asked you to do, but okay… I literally did not have time to run home and grab another outfit, so I had no choice but to pack the dress and cross my fingers the zipper would hold together for the entire day.

Unfortunately, it did not.

So there I was, walking down the marble hallway of an industry leading tech company in Silicon Valley, when suddenly I feel a little ‘pop’ at my back, followed by a cool breeze… My stomach lurched as I realized that I was officially having a major wardrobe malfunction, with nowhere to run. What’s a girl to do, other than smile, slip on a cardigan and keep good posture, and hope nobody noticed that my dress was falling apart until I could get my hands on a few safety pins?

Just in case my clothes potentially falling off my body in the workplace wasn’t mortifying enough, what happened next was utterly next-level.

As context, I should mention that the client I was visiting is a Fortune 100 company with multiple business verticals. At the time, I managed several of their digital marketing accounts with Ogilvy & Mather. We had recently hired a new team member in our division, and part of the purpose of my on-site visit was to introduce my new colleague to the client as she transitioned into one of our accounts.

The client was about to release an update of their app with Japanese language support, and my colleague’s first activity in her role was to draft the blog post we would be sharing to announce the release, which she had emailed to the client for approval the night before. The post she drafted was written in a cheerful and familiar voice, and she closed the post with ‘Kanpai!’ – which is Japanese for ‘Cheers!’.

We arrived at the day’s business meeting to discover that the account lead on the client’s end was absolutely livid about the use of ‘Kanpai’ in the blog post. Our client, who was herself Japanese, felt that it was unprofessional, insensitive, and racist, and in addition to all that, she felt we had spelled the word wrong, and that it should be spelled as Kampai with an M not an N, which she felt only compounded all three points above.

As the manager of the account, I took all the heat in this conversation, irrespective of the fact that I did not write the blog post. According to the client, I was the insensitive and racist representative who was responsible for my agency’s unprofessional behavior.

So… How did I respond?

Did I tell the client she was overreacting, that this was a quick fix and we shouldn’t waste time discussing it?

Did I tell her it was not our intention to be racist?

Did I mention the point that I also speak a language that uses a non-Latin alphabet, and I well know that sometimes phonemes exist at the halfway point between English letters, in which case you can commonly see words transliterated with either one or the other letter since neither one is perfectly accurate?

Did I throw my colleague under the bus, and make sure the client knew it wasn’t ME who wrote the blog post in question?

No, no, no (although the thought crossed my mind), and definitely not.

Did I reassure the client that I am not racist against Japanese people because my best friend is Japanese?

Actually, literally one of my best friends in life IS Japanese, and I imagined she would die laughing when I told her this story, but I kept that point to myself.

Did I tell the client how badly I felt about the misunderstanding, tell her a story about how I, too, have faced prejudice of a different kind, or segue into a quirky relatable story about how I can’t believe this is happening because I’m having a really bad day and guess what, my dress is falling off?

–> They minimize the situation and tell the person of color they are overreacting.

–> They insist it ‘wasn’t their intention’ to be offensive.

–> They center their own feelings and experiences.

–> They argue whether the words or actions in question actually qualify as racist.

–> They defend their personal character as being inherently ‘non-racist’, often citing the other people of color they have relationships with as evidence of the impossibility that they could be racist.

–> Lastly, and especially if they are women, they try to deflect responsibility by gaining sympathy.

I’m not saying I handled the situation perfectly, but I did my best to remain conscious of all these white-lady pitfalls, and tried not to fall into them.

Thankfully I had a couple of tools in my belt to help me navigate the landscape.

The first is the principle of ‘non-defensiveness’ that I’ve learned through the practice of Sufism. One of the main objectives of Sufism is the annihilation of the ‘nafs’, or the ego-self. It’s only the ego that wants to be seen as being right, virtuous, and beyond blame – and so, by extension, it’s only the ego which responds to an accusation with justifications and defensiveness.

As a discipline in the practice of taming my ego, when a person expresses a problem to me, I make it a point not to blameshift, not to deflect responsibility, and not to argue. In fact, I do my best to erase my ‘self’ from the equation altogether, and to focus on the person in front of me who is expressing that they are upset.

What are they feeling?

What do they need right now? How can we make it right?

I soften myself, I ask questions, and I demonstrate with empathic statements as well as body language that I grasp the seriousness of what they have experienced, while keeping the focus on their feelings and not centering my own. I seek to discover their needs and how I can do a better job of meeting them. Most importantly, I offer a sincere and heartfelt apology.

Again, I am not saying that I am able to perfectly execute on this communication style every time a conflict arises, but I know this is the way a non-egoic response should work in its ideal form.

The second advantage I had in the situation described above is that, by this particular point in time, my ego had already been tamed by several years in agency life. As in the familiar phrase about customers, there is an agency maxim that the client is always right. 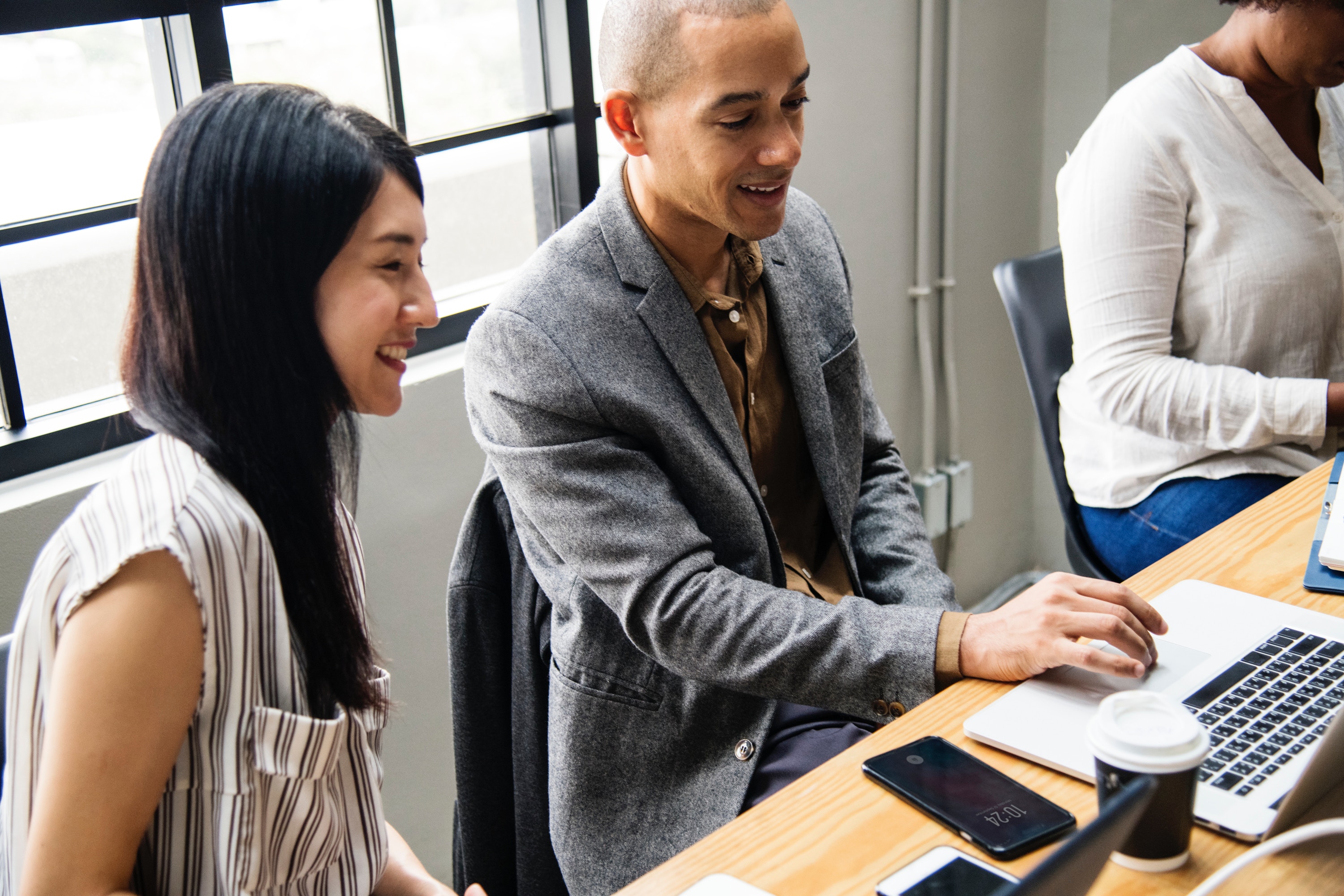 The boss-to-employee relationship is a completely different power dynamic than agency-to-client, and in the former case, you’ve lost the advantage of having to remember that you can’t afford to get defensive – neither for the sake of your spiritual growth, nor for the sake of your professional wellbeing.

Your capacity to demonstrate empathy in leadership is key to your ability to foster open and honest communication with your employees, and to create a company culture where every member of the team feels safe to contribute their perspective.

Why does this matter, above and beyond the sheer principle of it?

When employees experience empathy in leadership, it builds the trust and safety needed to retain diverse talent, and it encourages the full expression and participation of your employees which will strengthen your company and improve your bottom line. Tweet this.

Study after study has shown that diversity and inclusion in the workplace improve a company’s financial performance – as per recent articles by McKinsey, Forbes, and Harvard Business Review.

Consciously practicing empathy in leadership may also be a key method of keeping yourself ‘mentally fit’ as a leader. As described in an article by The Atlantic, recent research at UC Berkeley has proven that power literally causes brain damage.

Specifically, the leaders who were subjects in the Berkeley study displayed behaviors such as becoming more impulsive, less risk-aware, and less able to see things from another person’s point of view – in other words, their capacity for empathy was inversely proportionate to their power.

It may be somewhat amusing to quip that the common behaviors of people in power closely mirror the behaviors of a person who has experienced a traumatic brain injury.

After having a giggle, my hope for everyone walking the path of entrepreneurship is to bear this study in mind when communicating with their employees, and consider it as an object lesson in why actively practicing empathy in leadership is key to maintaining both their personal and professional vitality.