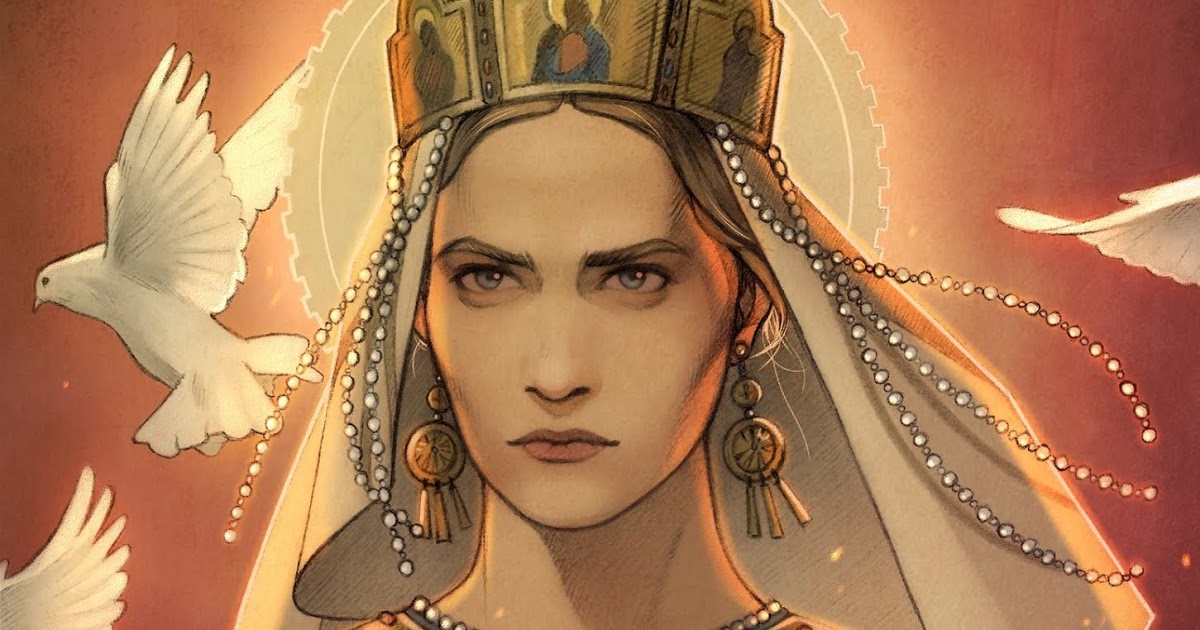 This is a tale of two ancient queens – which example will you follow?

Boudica was a Celtic queen in Britain whose husband willed that the kingdom should be left in the care of their two daughters after his death. However, when he died, the Romans ignored his wishes and took control of his territory.

Fighting back, Boudica raised an army of Celts.

Her army comprised possibly as many as 300,000 warriors – who nearly drove the Romans out of Britain. Nearly.

As a leader, Boudica’s passion and ambition and even the enormous force of her army were not a match for Roman battle strategy – and the queen was defeated, along with her cause. Roman power was eventually replaced by Anglo-Saxon power which was replaced by Norman power, but Celts never again held authority in the territory that is now England.

Contrast that with the story of Olga…

Olga was a queen from Kievan Rus. After a neighboring city state murdered Olga’s husband, she sent the Kievan army to lay siege against her enemies, ultimately prevailing over them.

After the battle, Olga rode out as the victor demanding tribute, and the defeated army was expecting a harsh financial punishment. They were baffled when the only tribute Olga demanded was an offering of two pigeons from each household.

Unwittingly, the defeated enemy paid their tribute in birds, assuming Olga was a weak and frivolous queen.

Olga tied long scraps of fabric to the birds’ feet, lit the ends of the fabric on fire, and set them free. The birds – homing pigeons – each instinctively flew back to their own houses, carrying fire behind them, and burning the entire city to the ground.

Olga had her revenge for the death of her husband, and she achieved her goal with far less efforting, because – rather than acting from a place of raw passion and rage – she channeled her emotions into strategic action.

Listen, I know what it’s like to be filled with anger at injustice.

Four years ago, after a particularly heartbreaking day of volunteering with refugees in Greece, I felt rage crack open inside me – rage against the racism, patriarchy and imperialism that led to the human tragedy I was witnessing. I was filled with a destructive anger that made me think of Boudica raining hellfire down upon the Romans.

I came back to the United States later that summer, and a certain disaster of a presidential candidate made headlines with a recording of him bragging about grabbing women’s bodies – and I felt that same Boudica rage tearing through me again. I felt it coursing through my veins for months, through the unfolding revelations of the ‘Me Too’ movement, and as the newly elected president began making the first moves with his racist agenda.

At a certain point – probably while lying in a hospital bed the following spring with a major injury to my liver (you guessed it, the traditional seat of… anger) – I realized that all the rage and all the efforting were not going to amount to any kind of positive outcome, for me or for the world. I knew I needed to channel my passion into strategic action if I wanted to make a positive impact.

So – have I made the impact I wanted?

I’m taking several moonshots and the outcomes are still TBD. But what feels clear to me is that letting my passion for a better world fuel smart, strategic actions is bringing me a damn sight closer to achieving results than swimming in reactive passion and rage against injustice without a tactical plan.